Jaguar motorsport has travelled from the twists and turns of the Alpine Rally to the Le Mans podium, and is being reinvigorated in 2016 on the Formula E stage. It’s time to take a look back at five of the greatest moments in Jaguar motorsport history.

Following the Second World War, the XK120 put Jaguar on the map. Equipped with a dual overhead camshaft and inline-six engine, it made for a great road racer – and was the fastest production car of the time.

NUB120 was perhaps the most well-known racing XK120. Driven by Ian Appleyard, with his wife Patricia "Pat" Lyons, the daughter of Jaguar founder Sir William Lyons, as his co-driver, it took to the Alps in the 1950 Alpine Rally: an endurance road race that crossed multiple countries through treacherous mountain passes. He went on to victory.

This was to be the first of three consecutive XK120 wins, with Appleyard and his wife repeating the same feat in 1951 and 1952 to clinch the Coup d’Or, one of only three times this was achieved in the Alpine Rally’s 39 year lifespan. 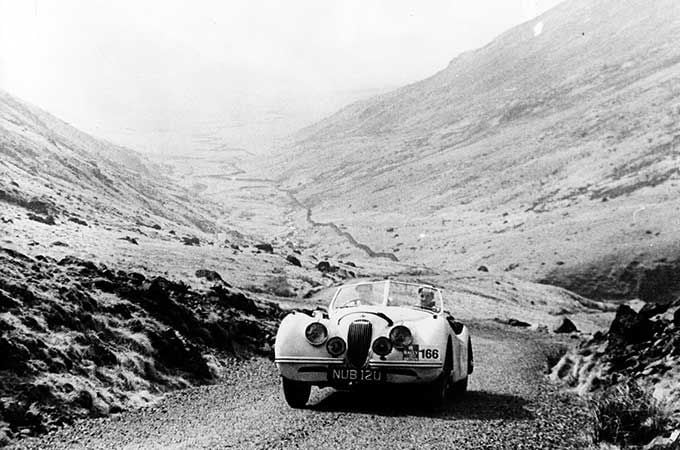 While the XK120 was ruling the mountains, the track was under the command of the XK120C – more commonly known as the C‑type. The C‑type transplanted the XK120’s mechanicals into the heart of a pure-bred Jaguar racing car, featuring a lightweight, multi-tube chassis designed by engineer Bob Knight, along with a 3.4-litre straight six producing 200bhp. 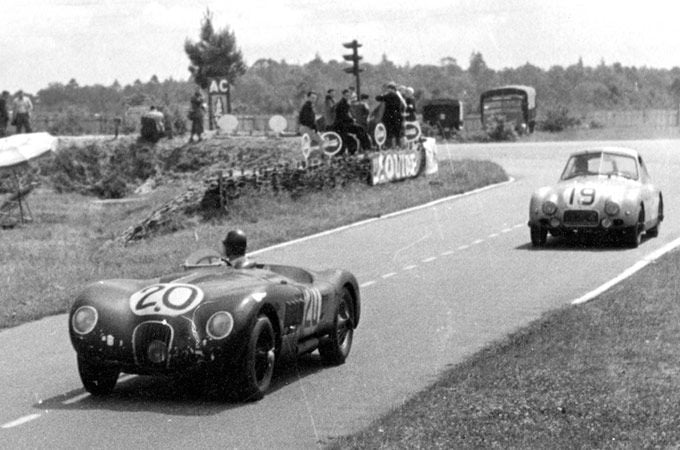 C-type achieved the first Jaguar Le Mans victory under Peter Walker and Peter Whitehead in 1951. Between the C-type and its D-type successor, there would be four more wins in just the next seven years. The 24 hours of Le Mans was to be a high note in Jaguar motorsport. 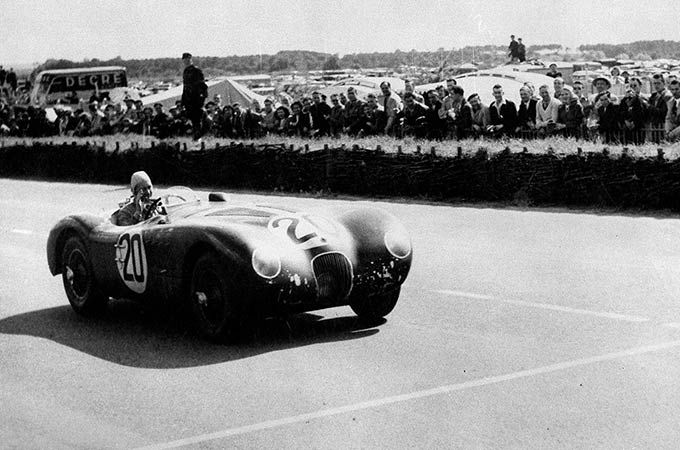 Le Mans 1953 was perhaps one of C‑type’s most successful moments. Thanks to their innovative disc brakes, they were able to decelerate faster than any other car after the 3.5 mile Mulsanne Straight, often from speeds of 150mph. The winning car, the C‑type driven by Duncan Hamilton and Major Tony Rolt, achieved an average speed of 105mph - the first time Le Mans had been completed at triple figure speeds. The C‑types went on to finish first, second, fourth, and ninth. 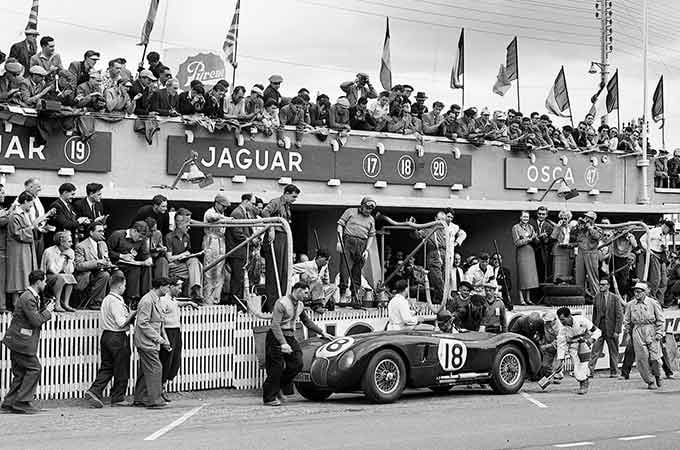 By 1954, D‑type had arrived. Just as the C-type had led the way with its innovative disc brakes, D‑type was the first serious use of monocoque construction in motorsport. A beautiful evolution on its predecessor, it was even more aerodynamic – thanks to designer Malcolm Sayer. 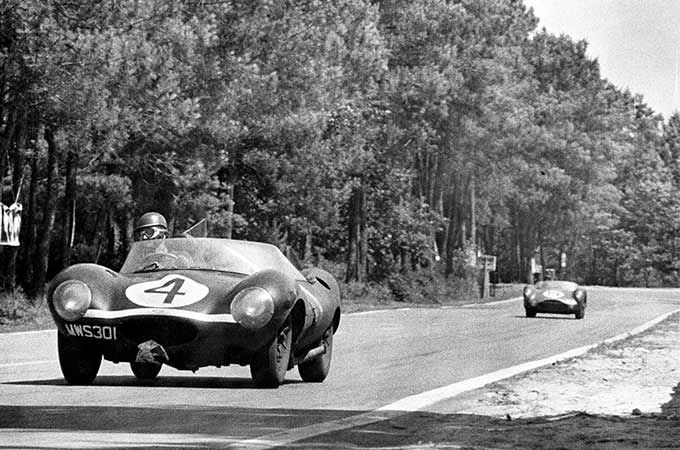 During testing at Le Mans in spring 1954, the D‑type managed to beat the lap record by five seconds. Hopes were high when it came to that year’s race – and it finished in second place, despite experimental fuel filters causing two out of three of the D‑types to retire. In 1955, it finally claimed victory. 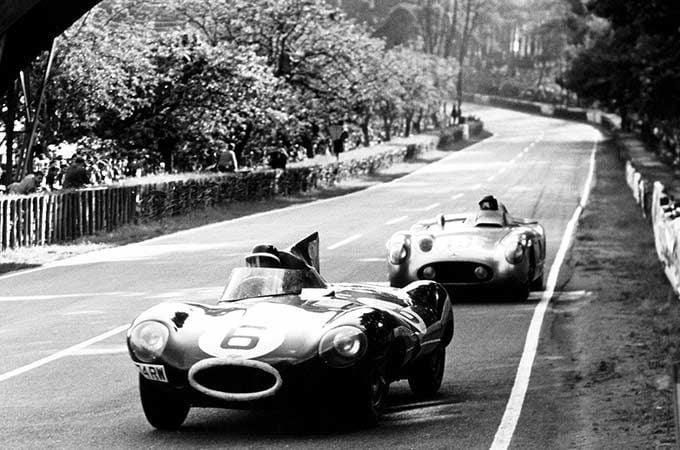 In 1956, the Jaguar team D‑types didn’t make an impression on the podium, but the Scottish team Ecurie Ecosse – also racing a D‑type – managed to outpace the opposition to claim victory. The Jaguar factory team withdraw from the competition after 1956, but D‑type’s winning run continued under Ecurie Ecosse and the American Briggs Cunningham team. In 1957, the Scots achieved a one-two finish, with D‑types also finishing third, fourth and sixth. If that wasn’t enough, one of them also broke the circuit speed record, reaching 178.8mph along the Mulsanne Straight.

Though not purpose built racers, the Mark I and II excelled on the touring car circuit – where everyday road cars went head to head. These races made a name for the Jaguar small sedans under privateer teams, achieving success in the British Saloon Car Championship (BSCC) between 1958 and 1963. During this time, the Jaguars were not only winning most races, but also regularly taking second and third place as well. The Jaguars succeeded across the Channel, too, with success in the Tour de France Automobile road race, where they won the Touring Car class from 1959 through to 1963.

The XJR evolution started under Bob Tullius of Group 44 Racing, who had previously achieved success in America with their E‑type V12 Series 3 and race-prepped XJ-S cars.

Born in 1982, the XJR-5 was a mid-engined, V12-powered racing prototype with an aluminium honey-comb monocoque, mid-mounted engine, and trademark green and white colouring. It finished third on its racing debut, and started the development of the XJR prototype programme. 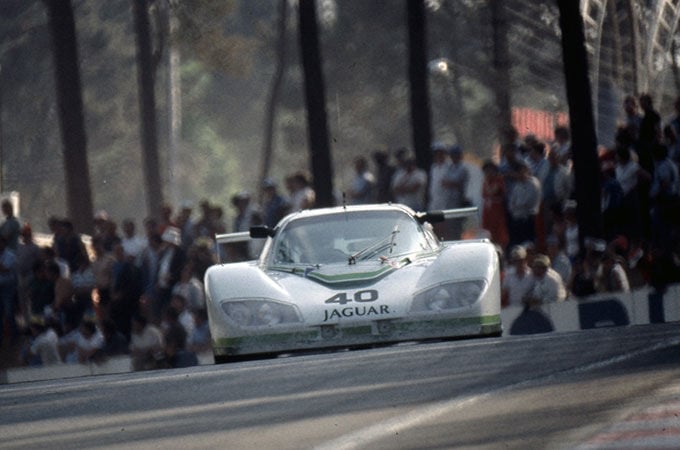 In 1986, the prototype programme made the leap to the UK under the British team of Tom Walkinshaw Racing (TWR), who had a pedigree with a racing XJ-S in the European Touring Car Championship (ETCC). TWR and the XJR-8 proved an almost unbeatable combination, winning eight out of ten races and both driver and team championships in 1987. The next evolution, XJR-9 – by now 7.0-litres and producing 750bhp – went on to win six of the eleven races. Jaguar returned to the top of the Le Mans podium for the first time since 1957. 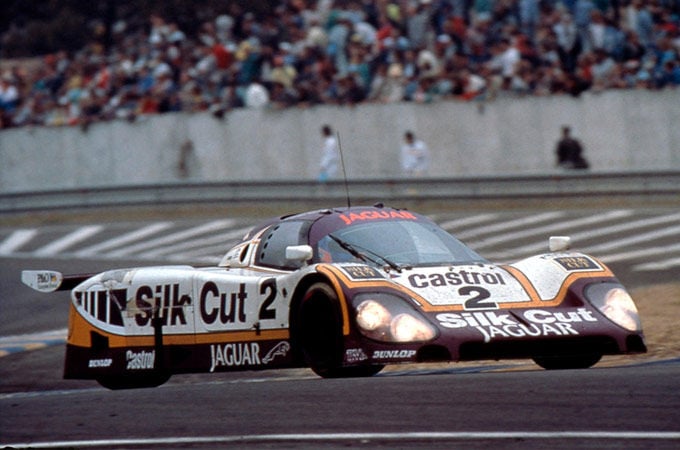 TWR adopted a turbocharged V6 for the 1989 season, the engine that would find its way into the XJ220 supercar. However, it wasn’t until the XJR-12 and its V12 engine that Jaguar once again secured a Le Mans victory, achieving a one-two finish in 1990.

THE FUTURE OF JAGUAR RACING

And now, the Jaguar racing story is set to continue. After experience on the Formula 1 circuit in the early 2000s – with best results being Eddie Irvine’s third place finishes at Monaco in 2001 and Italy in 2002 – Jaguar is returning to the racing stage this year.

Formula E puts an emphasis on innovative technology, and it’s the ideal platform to test electric technologies and hone expertise for the future of Jaguar’s vehicles. The first Jaguar Formula E team will be entering the championship for the 2016-17 season. 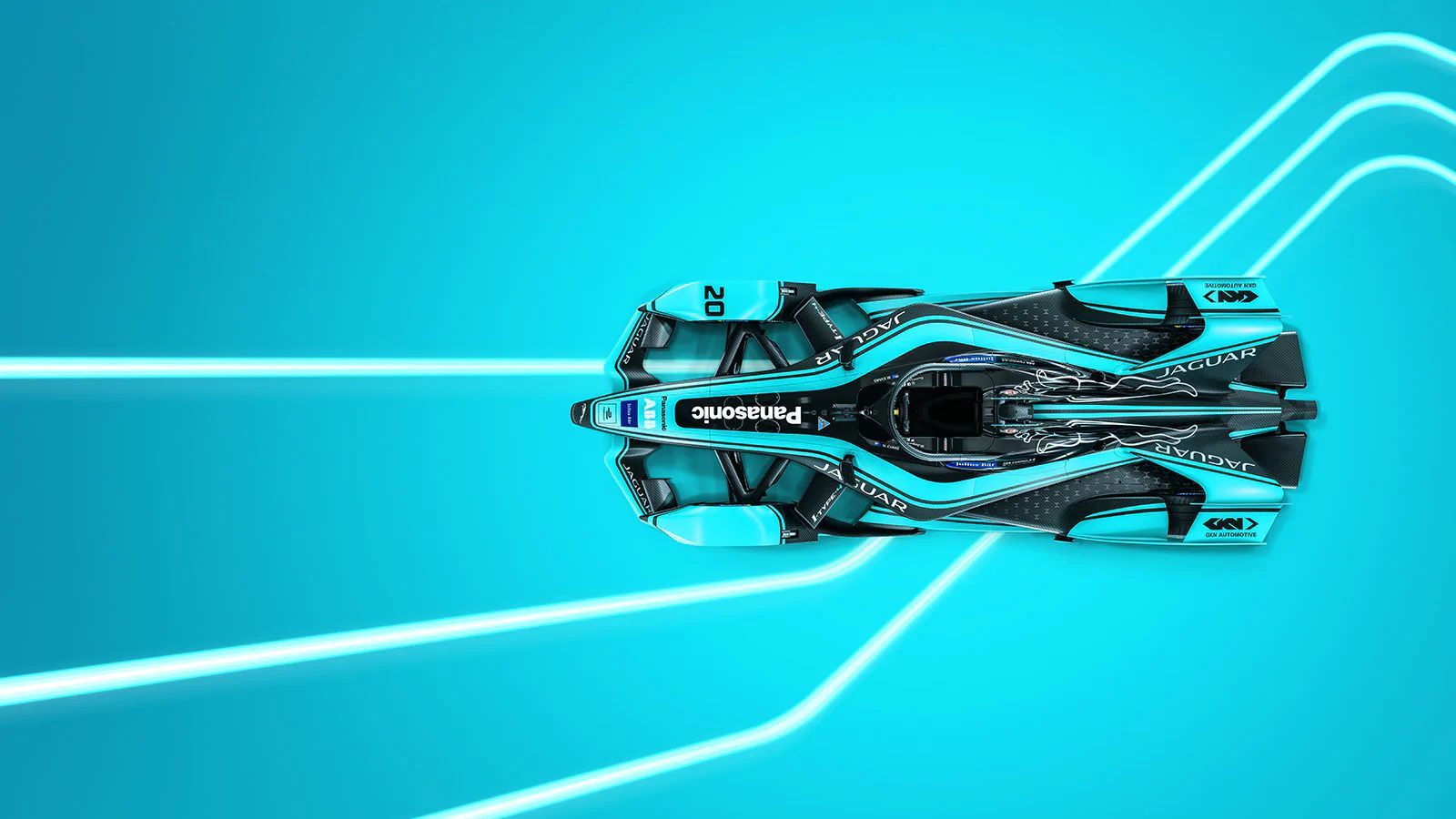